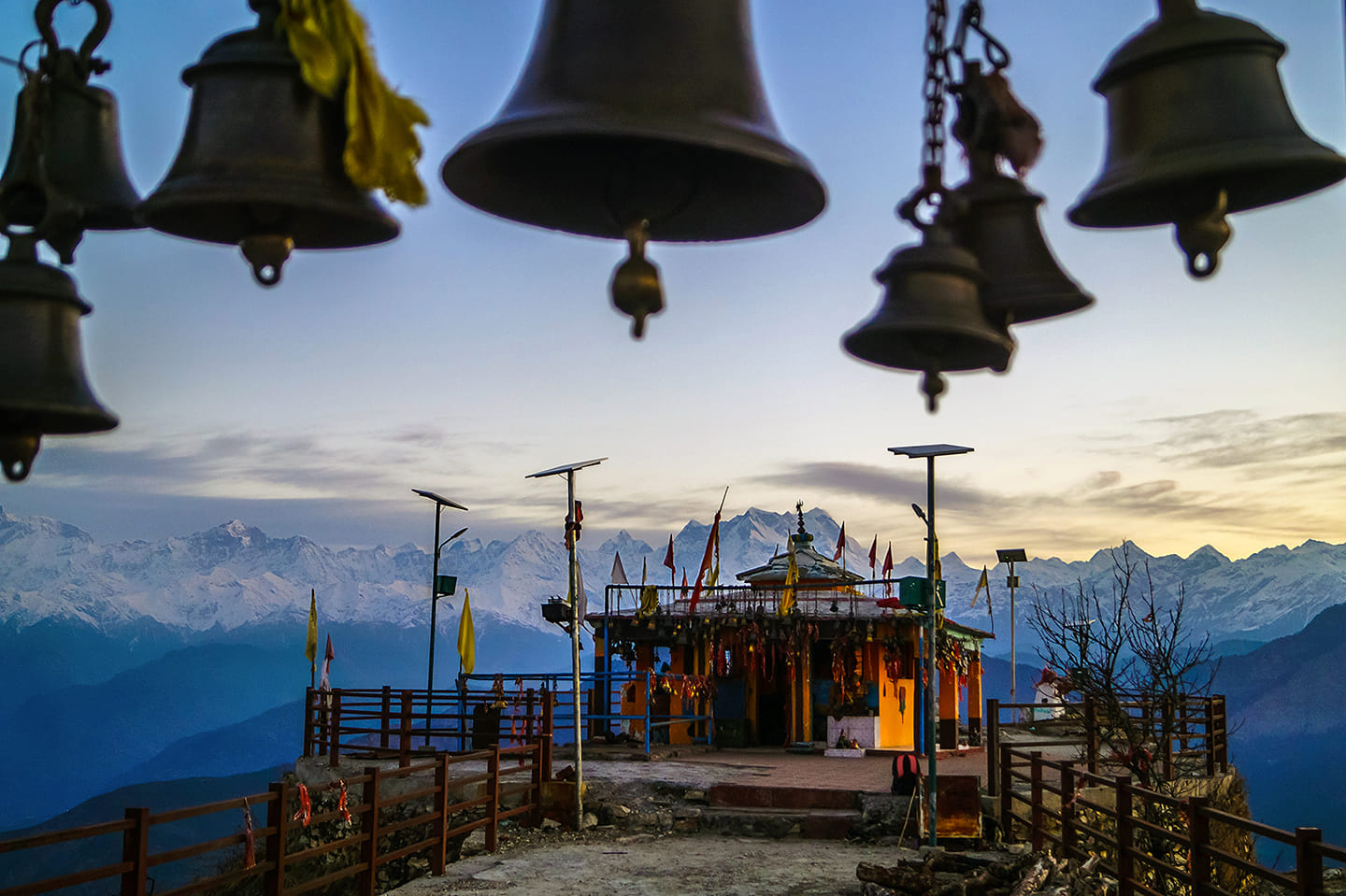 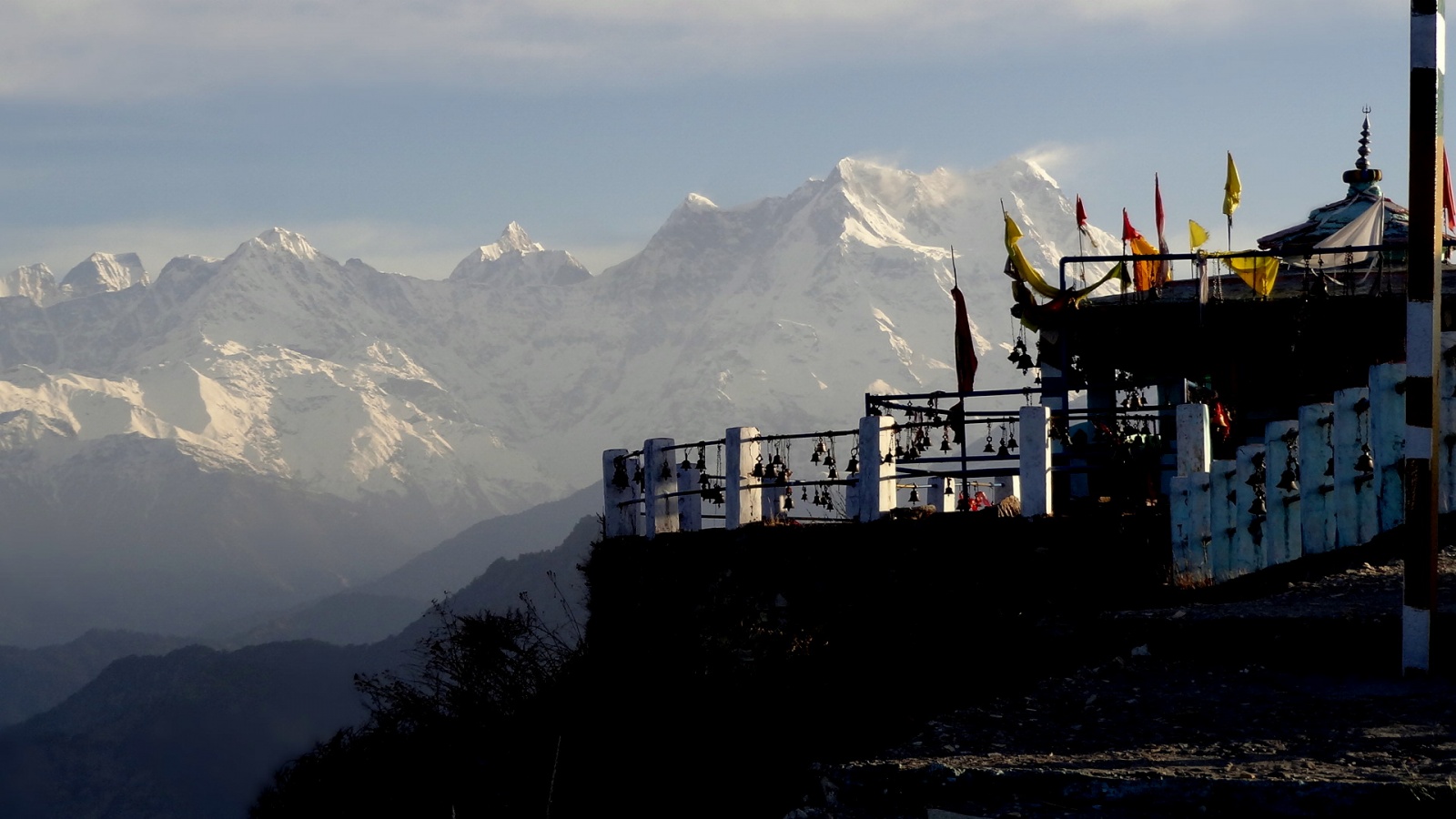 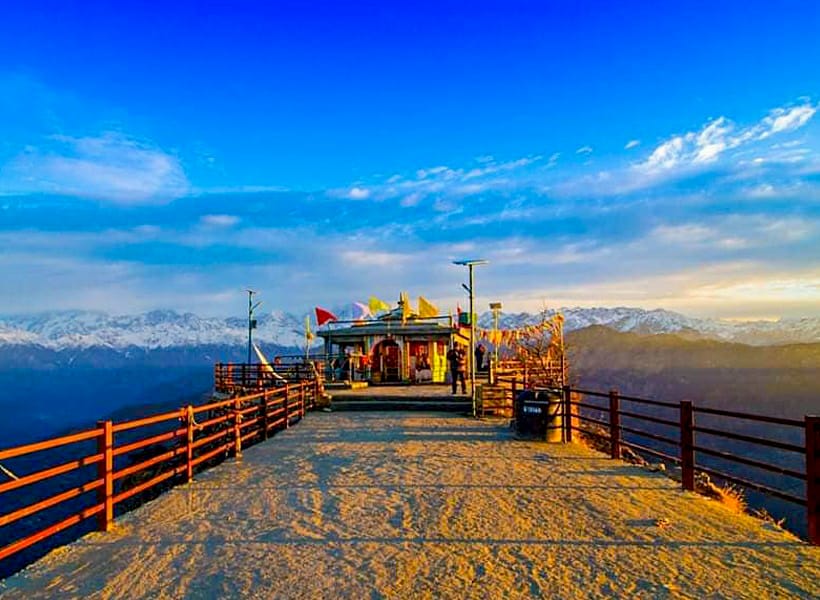 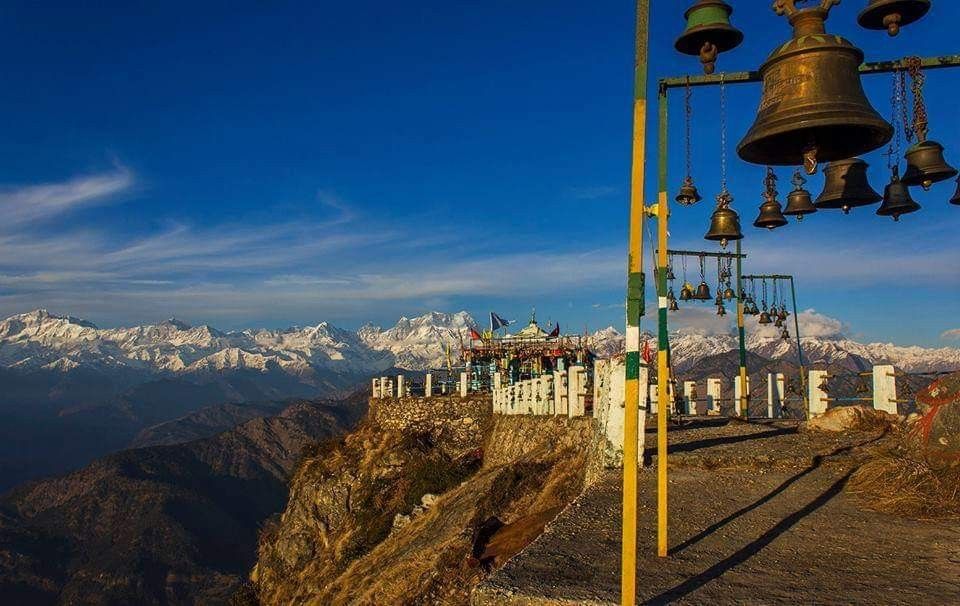 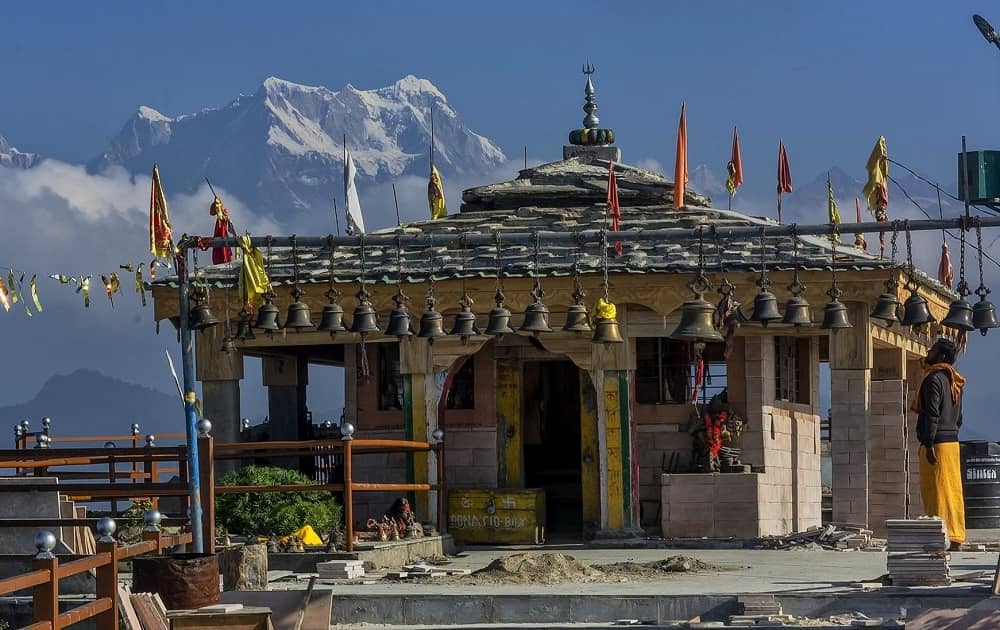 Kartik swami temple located in the Rudraprayag district of Uttarakhand state, it is the only temple of Lord Kartikeya in the state. Kartik Swami temple is dedicated to the elder son of Lord Shiva, Kartikeya, who offered his bones as a testimony of his devotion to his father. The popular Hindu temple "Shri Kartik Swami" is on a hilltop at an elevation of 3050 m. To reach the temple, the trekker will climb a 3 km thrilling trek that starts from Kanak Chauri Village. The best thing about this location of 360degree view of the Himalayas range. Sandhya Aarti or evening prayers, the enchantment of mantras and Maha-Bhandara, or grand feast organized at the temple occasionally a special attraction for devotees and tourists.

I salute to the Lord (Kartikeya), who is astride a peacock and has the great mystic saying OM (Pranava), whose body is so attractive, and who is the repository of great intellect, who is the lord of all lords of the earth, the knower of Vedas, the son of Lord Shiva, and the caretaker of this earth.

The history of Kartik Swami temple -
Kartikswami Temple is dedicated to lord Kartikeya, the elder son of Lord Shiva. It is perhaps the only temple of Kartikeya in Uttarakhand. The temple is situated on a ridge at the top of Kronch Parvat. As per Hindu mythology, it is believed that Lord Shiva once asked both of his sons, Kartikeya and Ganesha to take seven rounds of the universe and the one who finishes it first will get the privilege of getting worshipped first. While Lord Kartikeya started his journey, Ganesha took the circle around Lord Shiva saying He is the universe to him. Impressed with his intelligence, Lord Ganesha was blessed to be worshipped first of all.
Angered by this, Kartikeya offered his flesh and bones to Lord Shiva in reverence. In this temple, the bones of Lord Kartikeya are worshipped. It is believed that the incident took place here. Lord Kartik Swami is also known as Kartik Murugan Swami in the southern part of India.


Some key Points to be Noted -

Q.1 Is this safe for family Or, Solo Traveller?

Yes, We take care of our customers safety as priority.

Q.2 What is included in this package?

Q.3 Can you arrange Bonfire in evening?

Bonfire is subjective to whether and some other conditions as well (like Forest Department permission on some campsite). But we will try our level best to manage bonfire facility for you so that you can take your camping experience to next level.

Our package don't include Non-veg food but we will try our level best to arrange it for you but it will be chargeble.

Q.5 What is Good time for Camping/Trekking?

You can enjoy camping on our campsite in almost every season. For treks please reffer to overview section or let us contact, because few treks are not available in winter.